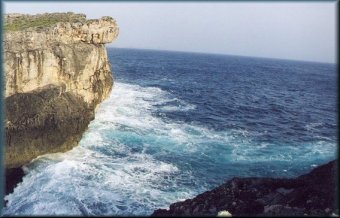 Eleuthera stretches approximately 110 miles long and in places spans no more than a mile to a mile and a half wide. It's mainland is divided into north and south, where in the northern portion offers ferry docks to both Harbour Island and Spanish wells. Traveling south from northern Eleuthera one passes through the Glass Window Bridge which offers dramatic views of both the Caribbean Sea and Atlantic Ocean. This bridge is one of the narrowest points of the island.

The total population according to the 2000 census is 11,165 inclusive of Spanish Wells and Harbour Island.

Famed for the sweetness of its Pineapples, Eleuthera holds an annual Pineapple Festival in Gregory Town each June. 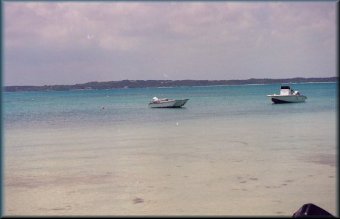 Visit Preacher's Cave where it is believed that Eleutherian's took shelter after exploring North Eleuthera. Another site of interest is the Cave at Hatchet Bay which is filled with stalagmites and stalactites. Rock Sound Ocean Hole is popular for feeding fish or climbing the cliffs for a dramatic view of both the Caribbean and Atlantic oceans. Surfer's Beach is popular for the obvious reasons. The Boiling Hole and The Hot Tubs just south of Whale's Point are popular attractions as are The Cliffs north of James Cistern. Excellent Bone Fishing can be had in many of the bays with a special favorite being Ten Bay.

Originally Puritan Pilgrims settled in the area now known as Governor's Harbour, coming ashore at Cupid's Cay in 1648. They then renamed the island from Cigatoo - its aborigine name, to Eleuthera which means Freedom in Greek. 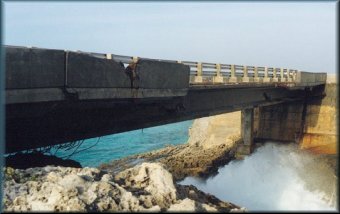 Eleuthera is full of natural beauty with white and pink sand beaches stretching miles and miles along its coasts to stunning views of both the Caribbean Sea and Atlantic Ocean. Along Eleuthera are majestic cliffs and massive boulders thought to have been left by catastrophic tsunamis over 100,000 years ago.