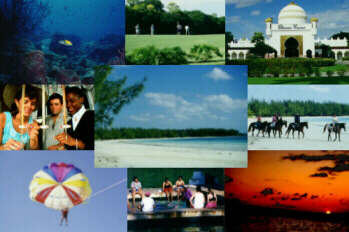 Freeport, Grand Bahama Island is situated off the east coast of Florida and physically 68 miles from West Palm Beach. It is easily reached by plane or boat, with many airlines flying out of West Palm, Fort Lauderdale and Miami airports. Day cruises run out of Port Everglades (Fort Lauderdale).

The last Census was performed in 2000 and reports the population of Grand Bahama Island as 46,954.

The Bahamas have an idyllic climate making the islands an extremely popular tourist destination. Click here for the current weather forecast . The famed recluse, Howard Hughes, made his home in the penthouse suite of Xanadu Resort to enjoy this sun rich region.

Some of the attractions on Grand Bahama Island include the International Bazaar in downtown Freeport, which offers a variety of shops and restaurants separated by country or region. Surrounding the International Bazaar are a number of attractions, including gaming at the Casino at the Royal Oasis. (currently closed for renovations after Hurricanes Frances and Jeanne) 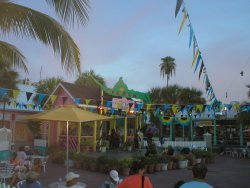 There are shows, reviews, tours, many shops and restaurants in downtown Freeport. In Lucaya, the center of tourism surrounds Port Lucaya Marina and Marketplace. Here you will find an abundance of shops, restaurants, tourist attractions, a huge marina, tours and much more. (marketplace map detailed to businesses within) Port Lucaya is across from the beautiful Lucayan Beach. (Map of Port Lucaya and surrounding area) In addition to the main areas of tourism there are also sleepy settlements where you will be treated right at home. Be sure and take the time to get off the beaten path for a truly relaxing visit

Some of the wonderful attractions include Semi Submarine, Botanical Gardens at Garden of the Groves, Cruises, Deep-Sea Fishing, Scuba Diving and Snorkeling, Dolphin Experience, golfing, tours, horseback riding and the Rand Nature Center as well as the Lucayan National Park. There are many eco activities offered on Grand Bahama which can enlighten nature lovers to Grand Bahamas ecostructure. There is a lot happening to improve tourism on this island.

Throughout The Bahamas the Ministry of Tourism has instituted the Bahamas Host program which is training devoted to those in the hospitality fields. It is instituted to promote professionalism, pride and welcoming to all foreign travelers. Graduates of this program display the symbol with great pride. 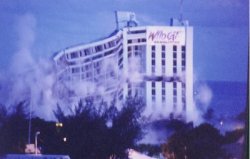 The world class Westin and Sheraton at Our Lucaya Resort, 5 star facilities, 14 restaurants, convention centre, 7 1/2 acres of beach and pools with slides and activities as well as the brand new Isle of Capri Casino. The beach strip formerly consisted of The Atlantik Clarion, which was imploded on July 16, 1998, Grand Bahama Beach Hotel also known as Holiday Inn and The Lucayan Beach Hotel and Casino. Moreover the new golf course, formerly the Bahama Reef, was redesigned by Robert Trent Jones, Jr. It opened in December 2000. 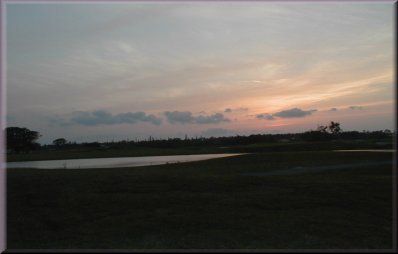 The Crowne Plaza Golf Resort & Casino at the Royal Oasis has been opened in place of the former Princess/Bahamia. A man-made beach lagoon is centred between the properties where the road had formerly divided them. This property is closed until full repairs are made from the hurricane damages of 2004. The owners have decided to sell the resort and are currently awaiting a buyer.

In West End the former Jack Tar Village and Marina underwent refurbishment and was be reopened on 14 March 2005. It has now been renamed Old Bahama Bay with a full service marina; resort community and housing opportunities. This quiet island spot is an upcoming area for future tourism.

Many other improvements are underway including the new Freeport International Airport. The economy is ready to take off to new heights. The container port at Freeport Harbour is the largest and most modern in the Caribbean.

This island offers some of the newest infrastructure available, having only been developed in many ways over the past 46 years. It offers some of the most lucrative investment opportunities in light of the Hawksbill Creek Agreement which independently-governs the areas of Freeport and Lucaya. (detailed map of Freeport/Lucaya Bahamas) Under the aforesaid agreement there can be no real estate or personal property taxes at least until 2015, in addition to the absence of income, sales, capital gains and death duties that the entire country enjoys. Moreover, the Port Authority, which governs the zone, can issue licenses that allow the license holder to import one car and the materials and furnishings for one house, duty free.