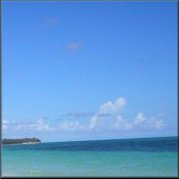 Boasting a reputation for having the most millionaires per capital than any other place in the world, the Berry Islands are comprised of around thirty islands and just shy of 100 Cays. The islands are considered to be part of the Bahama Out Islands. This chain of islands is spread out over an estimated thirty-two miles. These island are located just northwest of Andros, on the northeastern edge of the Great Bahama Bank. Most of the Cays belonging to these islands are privately owned.

The total population of the Berry Island is less than 700, with the bulk of the permanent residents residing in Great Harbour Cay. This Cay is a mere 10 miles long and 1 1/2 miles wide. The lateral position being 25.76 degrees north and the longitude position being 77.85 degrees west.

Chub Cay is the other large island to the "Berries, "as the locals often refer to the chain of islands. Located at the southern most point of the islands, Chub Cay is famously known as the Billfish Capital of the Bahamas.

It is believed that these islands were first settled in 1836,when Governor Cole brook established a settlement of liberated Africans at Great Harbour Cay. There is a lighthouse on Stirrup Cay, built in 1863, locals as well as tourists claim that you are never alone when you enter, convinced that residing within the lighthouse is a ghost. The hurricane of 1992 hit Chub Cay, forcing locals to rebuild most thins from the ground up. Just offshore to where the lighthouse stands there is a shipwreck, providing an attraction for divers of all degrees.

Currently these chain of islands, are a haven for divers and fishermen out for the big-game fish. Several of the Cays are known for their ability to maintain livestock, and harvestable crops. The many secluded islands and Cays also make these islands enticing for adventurous sailors.


Can't find what you are looking for? Contact Bahamas Vacation Guide info